Many Hollywood stars got their start on the stage before they found success in film acting. Often, actors feel pulled towards one path or the other, choosing to either pursue film or in theatre and largely leaving the other behind. But what about the A-list stars who indulged their love for theatre after making it big in movies or television? Below are four famous stars who joined the growing ranks of those who moved from Hollywood to Broadway, either for the first time or returning to their original acting passion.

Known For: Hugh Jackman is best known for his role as Wolverine in his breakout film, X-Men (2000) – a role he later reprised in numerous subsequent and upcoming films. Though he made a name for himself playing a tough and rugged superhero, Jackman also excels at playing characters with a softer side; Jackman is currently receiving rave reviews and amassing award nominations for his role as Jean Valjean in the film adaptation of Les Miserables.

Broadway Experience: Jackman’s early work actually includes significant stage experience in his native Australia and in the Royal National Theatre’s production of Oklahoma! before successfully breaking into Hollywood as major film star. But despite his film success, the stage still called to him. Jackman has appeared in a number of Broadway plays in the past decade, including his recent show, Hugh Jackman, Back on Broadway in the fall of 2011. Jackman received the Tony Award in 2004 for Outstanding Actor in a Musical for his Broadway performance in The Boy from Oz, as well as a 2012 Tony Award Special Award for Extraordinary Contribution to the Theatre Community

Known For: Neil Patrick Harris first became a household name for his starring role as a brilliant teenage physician in the television series Doogie Howser, M.D., which ran from 1989 to 1993.  Though he appeared in various guest and supporting roles in both film and television over the years, his notable return came when he played “himself” in Harold & Kumar Go to White Castle (2004). Since 2005, he has starred as the womanizing Barney Stinson in the sitcom How I Met Your Mother.

Broadway Experience: In 1997, Harris turned his focus to the stage, performing in numerous performances in theatres both on Broadway and in other major venues, including the Geffen Playhouse and the Hollywood Bowl. His Broadway credits include Proof (2002), Cabaret (2003), and Assassins (2004).

Known For: Though now venturing into more adult roles in films such as the 2012 thriller The Woman in Black, Daniel Radcliffe is best known as the actor who brought Harry Potter to life, portraying the titular character in all eight Harry Potter movies from 2001 to 2011.

Broadway Experience: After a guest role in 2002’s The Play What I Wrote at Wyndham’s Theatre, Radcliffe starred as Alan Strang in the 2007 West End revival of Equus, a role that garnered a great deal of attention and sparked some controversy due to Radcliffe’s appearing on stage nude at the age of 17. After the revival was transferred to Broadway, Radcliffe stayed on to reprise his role for another two years, earning a nomination for the Drama Desk Award for Outstanding Actor in 2011. After Equus concluded, Radcliffe remained on Broadway to portray J. Pierrepont Finch in the 2001 revival of How to Succeed in Business Without Really Trying, for which Radcliffe was again nominated for the Drama Desk Award for Outstanding Actor.

Known For: Al Pacino’s acclaimed film career was launched more than four decades ago in his first major role as Michael Corleone in the 1972 classic, The Godfather, as well as in the 1983 and 1990 sequels. Over the years, Pacino has played many other now-iconic roles, including Tony Montana in Scarface (1983), Carlito Brigante in Carlito’s Way (1993), and ‘Lefty’ Ruggiero in Donnie Brasco (1997).

Broadway Experience: After being accepted into The Actors Studio and studying under Lee Strasberg, Pacino found great success on stage before he transitioned to film. His Broadway debut came in 1969 as Bickham in Does a Tiger Wear a Necktie?, for which he won the Tony Award for Best Featured Actor in a Play and the Drama Desk Award for Outstanding Performance. Pacino would go on to win another Tony Award in 1977 for Best Leading Actor in a Play for his role in the Broadway production of The Basic Training of Pavlo Hummel. To this day, Pacino continues to light up Broadway; his role in The Merchant of Venice earned him a 2011 Tony Award nomination for Best Leading Actor in a Play, and he is currently starring in the Broadway revival of Glengarry Glen Ross.

These are just a few of the Hollywood stars who found later success on Broadway – who are your other favorites? Tell us in the comments! 5 Tips for Your Next Musical Theatre Audition

The lights! The audience! The music! For some actors, there is simply nothing better than performing on stage in musical theatre. But before the… 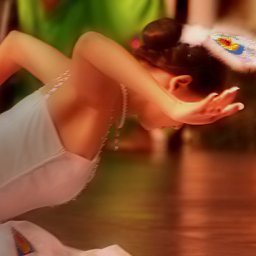