Whether you spent hours, days or weeks waiting after your audition, you finally got the exciting news: you’ve been selected for a callback audition. Congratulations! Now that you’ve officially made it on to the next round of auditions, here are some tips to keep in mind to help you make the most of your callback audition – and hopefully ultimately land the role.

Be Prepared for More Interaction

Though callback auditions will vary due to the type of performance and other factors, it’s safe to expect that your callback audition will involve much more direct interaction with the casting director. It’s also possible that this audition will be filmed and sent off to final decision makers. Audition workshops or acting classes can help prepare you for this more intensive audition style, and get you ready to shine on film audition tapes.

The reason you got a callback is because they liked what you brought to your first audition – your enthusiasm, energy, personality and style. Don’t show up to your callback audition with a completely different demeanor and attitude. It’s also a good idea to wear the same outfit to your second audition – if it worked the first time, it will likely work again. Remember everything you learned in your acting and audition classes, and apply them again just as you did the first time. Though this audition may be different from the first one, you should be the exact same person.

Keep Your Nerves in Check

Remember: The reason you got a callback is because they liked you at your first audition. Though it can be easy to let your nerves take over with the field narrowed and the end goal even closer, think of your callback as a second date. With your first date jitters out of the way, now is the chance for the casting directors to get to know you better. Staying calm will help you keep a clear head and let you think quickly on your feet if specific audition requests or improvisational dialogue catch you off-guard.

Just as you would bring copies of your resume to every round of a traditional job interview, keep your resume and headshot with you for every stage of the audition process. It may not be clear that they’ll request it, but when in doubt, bring it with you.

Be Gracious and Appreciative

After your callback interview, make sure that you take the time to thank everyone involved. While gushing thanks isn’t necessary, a sincere and heartfelt thank you to the casting directors, receptionist, and anyone else involved in the callback audition process will be your chance to leave a positive impression.

Do you have any other tips for actors facing a callback audition? Share them in the comments! 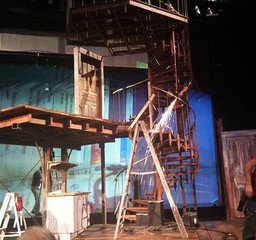